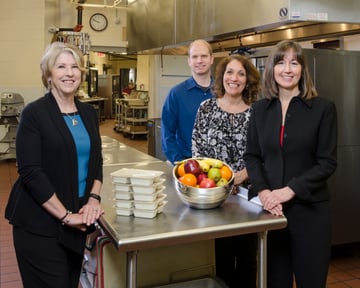 The ‘Top Workplace’ is voted upon by the people who work at the company themselves.
Because it’s important – because it’s newsworthy – and because it’s a pretty big darn deal for any company anywhere, Episcopal Retirement Services (ERS) of Cincinnati would like to thank the people who make ERS go every day – our nurses, caretakers, administrators, fundraisers, accountants, executives, maintenance folks, housekeepers and Meals-On-Wheels drivers – for ERS being named a “Top Workplace” for the eighth straight year. “It’s no secret, at least not to us, and not to the thousands of terrific older adults and their families whom we take care of every day,” said Laura Lamb, president and CEO of ERS (www.episcopalretirement.com). “We never tire of telling the ERS story: person-centered care is at the core of everything we do.”

“We have been successful at ERS because we love what we do, and the person working right next to you cares just as much as you do,” said Lamb. “There is a synergy, and a communal awareness, that we are doing the right thing. That’s something really special at ERS. Looks like Enquirer Media’s Top Workplaces agrees.”