Marjorie P. Lee, the original ERS Community, has been enhanced and upgraded to address the needs of residents and families. Thanks for a Successful $4.25M Capital Campaign, and the generosity of friends.

It is with great enthusiasm that we announce nominations are being accepted for our annual award program honoring staff members of Episcopal Retirement Services (ERS). The Martindell Award is a special award granted annually to a deserving ERS non-management team member who exemplifies excellence in care giving. This team member strives to care for your loved one in special and meaningful ways, allowing him/her to live life on his/her own terms. This award is made possible by a generous gift from Trish Martindell, who previously served on ERS’s Board of Directors, and served as Board Chair from 2010 – 2012.

Because it’s important – because it’s newsworthy – and because it’s a pretty big darn deal for any company anywhere, Episcopal Retirement Services (ERS) of Cincinnati would like to thank the people who make ERS go every day – our nurses, caretakers, administrators, fundraisers, accountants, executives, maintenance folks, housekeepers and Meals-On-Wheels drivers – for ERS being named a “Top Workplace” for the eighth straight year.

Episcopal Retirement Services announced today that their Executive Vice President (EVP), Laura Lamb, will succeed Doug Spitler as the organization’s President & CEO. Lamb, 47, has been with the company for 22 years and prior to her appointment last year as EVP she held the position of vice president of housing and healthcare.

As part of their strategy to expand their reach and serve older adults in the tristate area, Episcopal Retirement Services (ERS) announced it has entered into a formal partnership welcoming the Louisville-based Episcopal Church Home (ECH) into the ERS family. Over the years both organizations have earned reputations in senior living for the highest quality care and service delivered by caring and compassionate professionals. They are the only two Episcopal-affiliated retirement communities in the tristate and have been working closely with each other since December of 2015 when ERS entered into a management agreement with ECH.

Spitler gave up gigs with rock band, but he still makes time for music

If Doug Spitler had stuck with his first job, an average day at work would look quite different than it does for him today.

The Marjorie P. Lee Retirement Community in Hyde Park will undergo a $20 million makeover that will bring the facility up to speed with market trends and help it grow its offerings.

Episcopal Retirement Services plans to begin work at the upscale senior living community on Shaw Avenue in September 2016 and complete it in stages within three years.

Click here to read the letter sent to prospective residents.

Maple Knoll Village plans to begin a $10 million renovation next spring of the Meadows, a senior housing community on its Springdale campus.

Maple Knoll, which is the third-largest retirement community in the region, partnered with Episcopal Retirement Services to line up tax credits from the Ohio Housing Finance Agency to pay for the project.

In its sixth year, the Enquirer Media Top Workplaces list has generated its fair share of newcomers as well as repeat award-winners.

But it's particularly noteworthy that nine companies have been on the list every year, indicating that their workplaces practices consistently make employees happy and keep their workers believing they're valued.

Cincinnati, OH, May 29, 2015 - Construction is set to begin on 65 new low-income senior apartments on the upper floors of the Central YMCA building at 1105 Elm St. in Over-the-Rhine.

Last year, the YMCA closed its doors to begin its own renovation: a roughly $16 million endeavor with the Cincinnati Center City Development Corp. that will revamp the entire gym and add new office space above. When completed, the Central YMCA will continue to house the organization’s regional headquarters.

Rappel down a building, raise money. Or toss your boss

Cincinnati, OH, May 13, 2015 - If overcoming your fear of heights is on your bucket list, there's no better time than now to cross it off.

Episcopal Retirement Services will host a fundraiser Downtown that will offer participants the chance to rappel down a 10-story building to raise money for Affordable Senior Living.

Cincinnati, Oh, April 10, 2015 - Three Cincinnati organizations that care for seniors have created a new company, which is participating in a federal pilot project designed to improve patient outcomes and lower costs. A key component will be reducing readmissions to area hospitals.

Episcopal Retirement Services Inc., Life Enriching Communities and Home Care by Black Stone launched the Post­Acute Care Network LLC this month. They plan to invest about $750,000 this year to fund the venture, which will oversee and manage bundled payments from the U.S. Centers for Medicare and Medicaid during the three­year pilot, said Doug Spitler, CEO of Episcopal Retirement Services. ERS includes the Deupree House and Marjorie P. Lee senior residences in Hyde Park.

CINCINNATI, January 27, 2014 – A student from Mount Notre Dame High School and residents and employees of Episcopal Retirement Services’ (ERS) communities joined together recently for a good cause. Jordan Lamb, a senior at Mount Notre Dame launched an effort to gather prescription and over the counter pill bottles as part of her CAPSTONE project. But what Jordan didn’t expect was the graciousness of so many good people to exceed her goal to help others.

ANDERSON, IN, December 20, 2013 – By this time next year a project to convert the upper floors of the YMCA building into apartments for senior citizens should be completed.

For the past week construction crews have been gutting the upper three floors of the athletic facility to make way for the construction of 30 senior living apartments at a projected cost of $5.9 million.

CAMBRIDGE, OH, November 25, 2013 – Contributing to a project at the Cambridge Heights Apartments which would allow residents to enjoy fair weather barbecues, bird watching or just a nice place to relax and enjoy the outdoors, Cambridge Rotary Foundation President Dennis Doutt presented a check for $2,500 to CHA managers Maureen Gregory, fund development manager, and Teresa Bistor, community manager, to help pay for a pavilion on the facility’s grounds.

CINCINNATI, June 12, 2013 – Episcopal Retirement Services (ERS), which owns and operates ten retirement communities across Greater Cincinnati and southern Ohio, has been given the Excellence in Affordable Senior Housing Preservation Award in partnership with The Model Group and GBBN Architects for their work in remodeling St. Paul Village located in Madisonville.

CINCINNATI, June 5, 2013 – Episcopal Retirement Services (ERS), which owns and operates ten retirement communities across Greater Cincinnati and southern Ohio, held its first annual celebration and fundraising event to support affordable housing for low income seniors in Southern Ohio. ERS has recognized a growing crisis in senior housing with one in four Ohio seniors over 65 living in substandard housing and 10 eligible seniors for every subsidized apartment that comes on the market. Also, someone turns 65 every 7.7 seconds in America. It is with this in mind that ERS is committed to raising the bar for low income housing by providing high quality, affordable communities where seniors can live with dignity in a safe, enriching environment.

CINCINNATI, May 1, 2013 – Episcopal Retirement Services (ERS) recently held a grand re-opening of St. Paul Village II in Madisonville. ERS, in partnership with the Model Group, has transformed 65 one-bedroom apartments for low-income seniors and updated the recreation and common areas to improve the community for all residents. Click here to read more.

As seen in the Business Courier October, 2012

ERS Staff To Be Honored at LeadingAge Ohio Conference

Jim will receive the Excellence in Fundraising award, given for demonstrating creativity in successfully implementing or executing fundraising initiatives. Peggy will receive the award for Excellence in Service for Home- and Community-Based Services, given to the person displaying outstanding initiative, motivation and leadership in the provision of quality home- and community-based services.

ERS Named A 2011 Top Place To Work In Cincinnati

Episcopal Retirement Services (ERS), which has been serving the needs of seniors in Greater Cincinnati and across southern Ohio for 60 years, has been named a 2011 Top Place to Work in Cincinnati. It is the second year in a row that ERS has earned a top spot among the area’s mid-size companies. Its first recognition came in 2010.

The results of the survey, conducted by Workplace Dynamics for Enquirer Media, were announced in the June 19 issue of the Cincinnati Enquirer.

“We are certainly honored, because this achievement – our second Top Work Place award in as many years – comes from our staff,” said Doug Spitler, president & CEO of ERS. “They are on the front lines every day, helping to ensure the seniors we serve receive quality, dependable care. Their words tell us we’re doing well to help them do their jobs well.”

Episcopal Retirement Services (ERS) was named a finalist for the first Cincinnati USA Innovation Awards competition, the first of what the Cincinnati chamber organization believes will be an annual presentation. ERS had been nominated in the non-profit category for its Person-Centered Care work across all aspects of the organization.

This first-annual awards ceremony was designed to recognize innovation at all levels of the Cincinnati USAbusiness community. As our economy is changing, innovation becomes ever more important.

Specifically, innovators master and implement the design and production of goods and services that are new to them and/or their societies – which can create jobs, new processes and more.

The Innovation Awards were presented at a ceremony on April 14, 2011.

The Association of Professionals in Aging (APA) has awarded its 2010 Outstanding Project of the Year Award to Episcopal Retirement Services’ (ERS) Person-Centered Care (PCC) approach to caring for seniors. The award will be presented at a ceremony in December.

ERS Is Highlighted In Business Courier

ERS’s President, Doug Spitler, talks about the state of retirement living in the Greater Cincinnati area and how the influx of new communities is affecting people’s choices. Click here to read the article. 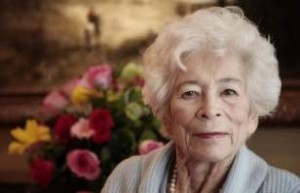 Deupree resident, Jane Murray Heimlich tells what it was like growing up as the daughter of famed dance instructor Arthur Murray, and later being married to a man who has become a household name…Dr. Henry Heimlich…in her recently published memoir entitled, “Out of Step.” Read a review. Order a copy.

Click here to read the Cincinnati Enquirer article about Mrs. Heimlich and her memoir.